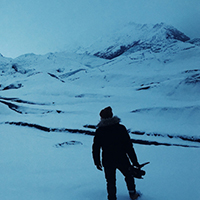 Spenser began his career in Oakland California, working out of a rusting, green 1980 Ford Econoline van full of lighting equipment. While repairing and maintaining old gear and managing a small team, he worked as a gaffer lighting commercials, music videos and short films. After receiving recognition in Kodak’s In Camera Magazine for his work behind the camera, Spenser transitioned to cinematography full time, pairing his deep understanding of light with intuitive lens work.

A multidisciplinary artist, Spenser frequently contributes to projects as a scene designer, painting storyboards and mood images. Spenser has worked all over the United States, and operates locally out of New York, the San Francisco Bay Area, and Los Angeles.

Writer/Director Van is an award winning photographer and filmmaker. His short films have been screened at the Los

Producer Red Sanders started his first successful entertainment company at the ripe age of 12. Since then, he